We are proud to be a community of professional and compassionate animal lovers dedicated to providing quality products, a positive experience for our donors, and holding ourselves to the highest standards of quality and excellence. Our team is passionate about transfusion technology and we continuously strive to be industry leaders and educators in our field. Each member of our pack plays a vital role that enables us to meet our mission statement.

Our team is integral to the success of CABB and we value their diversity in background, ideas, thoughts, and experiences. At its core? CABB culture consists of the collaboration and dedication of our pack members to making a difference in the lives of animals and their families across Canada. 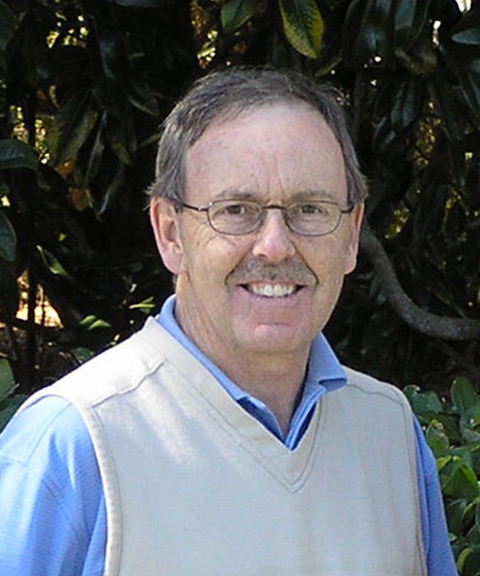 For over 25 years, Dr. Ken Mould made an impact on the lives of thousands of Canadian families through his work as a dedicated veterinarian and groundbreaking leader in the development and support of the Canadian Animal Blood Bank. A retired Manitoba veterinarian, Dr. Mould took up a challenge presented by a guest speaker at a veterinary conference in 1995 and pioneered the development of the Manitoba Animal Blood Bank. Supported by the volunteer efforts of veterinarians, veterinary technologists, and companion animal owners, Dr. Mould’s initiative and continued volunteerism are a testament to how the dedication, foresight, and conviction of one man can make such an impact on Manitoba, and now all of Canada.

Spearheading the recruitment of over 2000 volunteer donors (past and present), Dr. Mould has continued to recruit and support this charity not-for-profit organization. His commitment to volunteering exemplifies both his vision of quality animal care and personal involvement. Today, the Canadian Animal Blood Bank owes its donor base; volunteer commitment by veterinarians and veterinary technologists; and nationally known quality products to him. Over 30,000 canine blood donations later, Ken’s commitment to volunteering does not go unnoticed by staff, volunteers, or Board members. As the only President of the Board of Directors, he has been instrumental in the evolution of the blood bank from its humble beginnings.

The Canadian Animal Blood Bank is governed by a board of directors. These are dedicated and passionate individuals that “steer the ship” of CABB. The CABB board is responsible for protecting CABB’s interests, establishing policies for management, hiring and recruitment, oversight of CABB, and making decisions about the important issues we face. 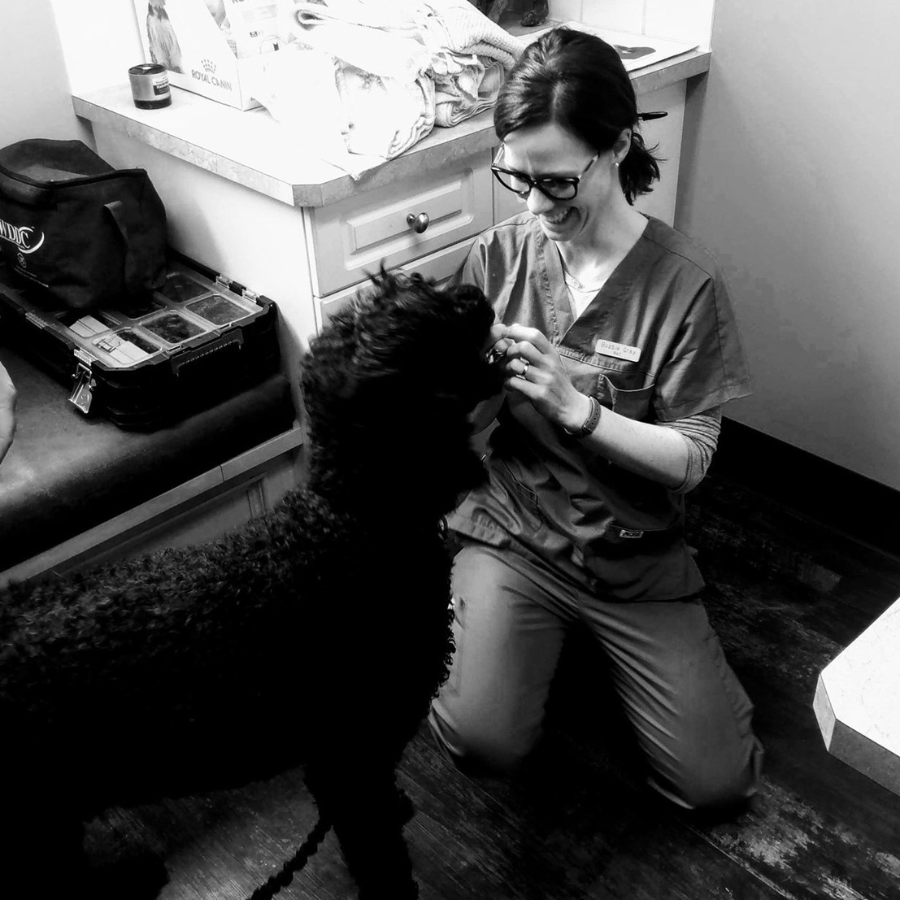 Bobbie joined the Canadian Animal Blood Bank in 2019 and is the Western Canada General Manager. Graduating from Ridgetown College in 2003, she spent the majority of her career in the Toronto area working in emergency medicine/CC and Anesthesia, with a dash of Internal Medicine and primary care for good measure. With the support and encouragement of a wonderful team, she earned her VTS in Emergency & Critical Care in 2009.

Bobbie saw firsthand the positive impacts that transfusion therapy can make in a pet’s life. These feelings have solidified as she has worked with our canine heroes and their wonderful people. Bobbie feels that every unit of blood represents an incredible community coming together to help Canada’s dogs. 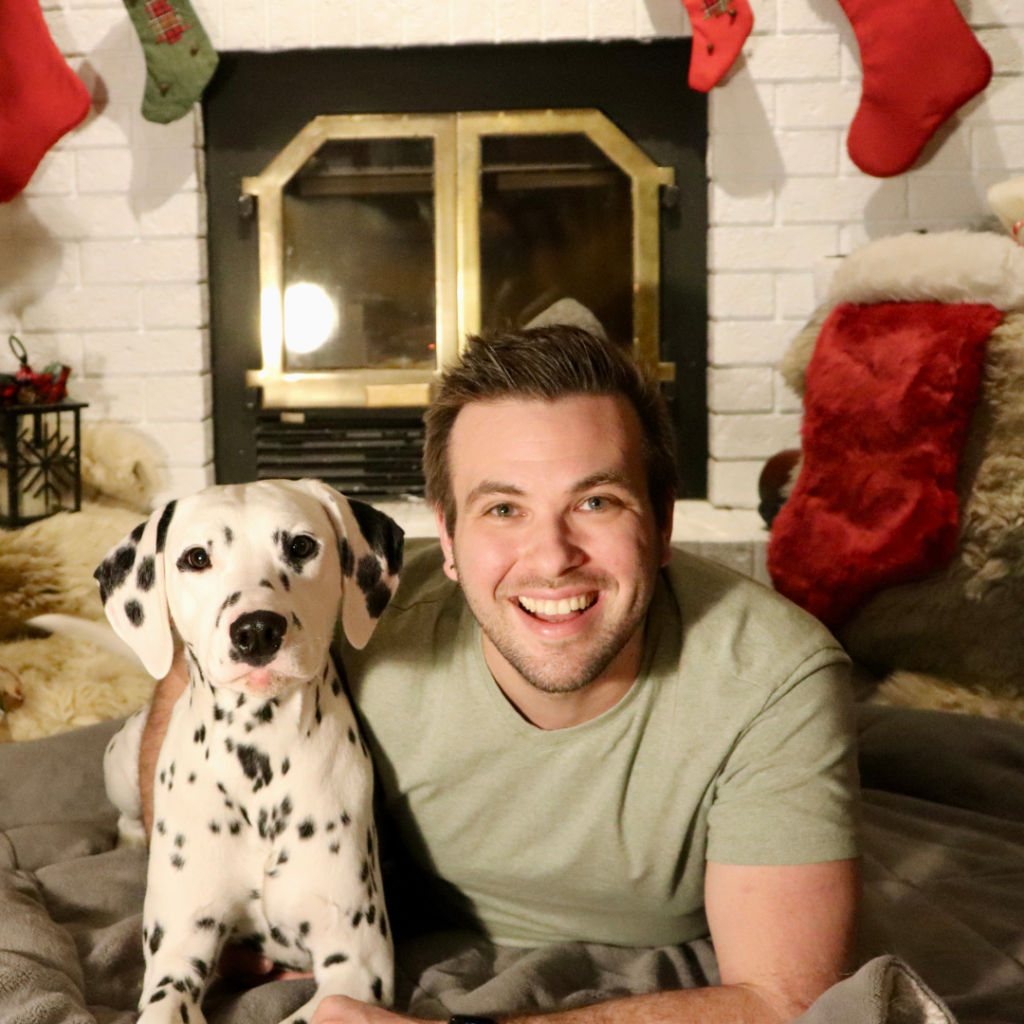 We are excited to welcome Dustin as our newly appointed Northern Alberta Institute of Technology (NAIT) Canadian Animal Blood Bank Coordinator. Dustin is the proud owner of 3 Dalmatians, and has had the privilege of showing a variety of other dog breeds. He has been in the veterinary industry for 8 years, the 2 most recent as an RVT. As a NAIT graduate, Dustin had the opportunity to participate in NAIT's CABB clinics and you better believe he was the student that signed up for extra shifts!

Prior to his career in veterinary medicine, Dustin had a successful career as a massage therapist and massage therapy educator. As an educator, he successfully developed/designed/taught course material to approximately 70 students.

Dustin's combined enthusiasm for veterinary medicine, the CABB, and teaching will serve him well as NAIT's CABB Blood Bank Coordinator. 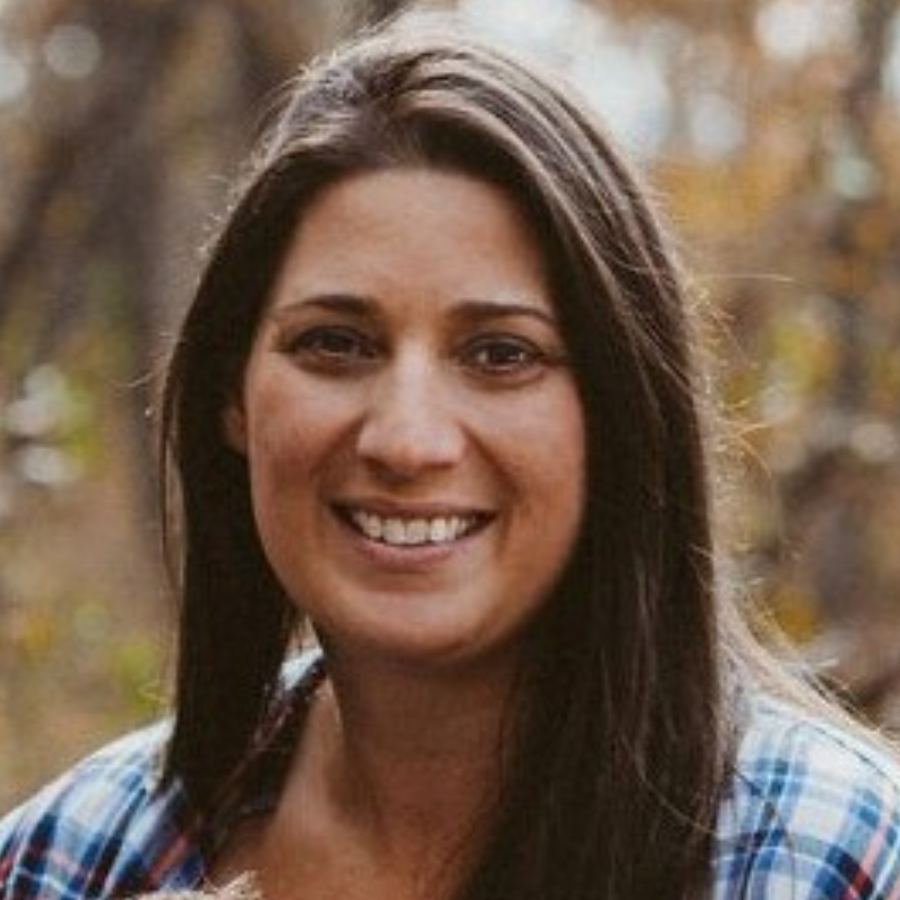 Ashley joined the Canadian Animal Blood Bank in 2021 as the Edmonton Regional Unit Manager. She has worked as a Registered Veterinary Technician in the Edmonton area for 15 years. Her experience has provided her with a deep appreciation and understanding of the importance of blood products for our veterinary patients. Having blood products readily available can mean the difference between life and death for a critical patient. Ashley joined CABB to ensure high-quality, life-saving blood products are readily available for patients within the community and beyond. In her free time, Ashley lives on a farm with her husband and three children. She also has two dogs, and yes, they both donate. 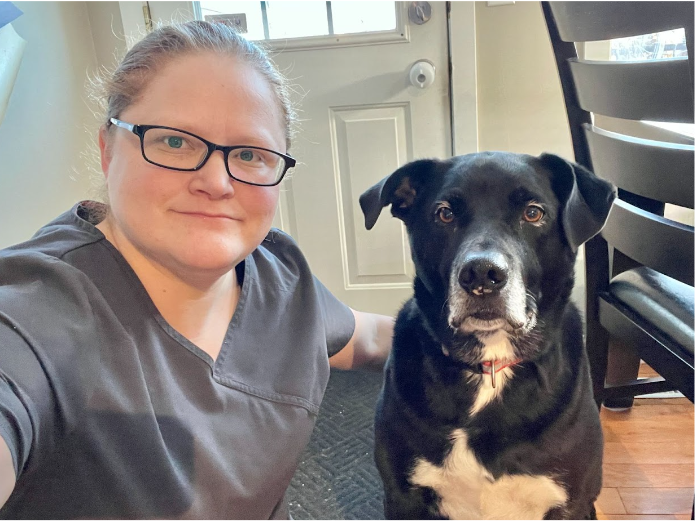 Kristina joined the Canadian Animal Blood Bank in 2022 as the Calgary Regional Unit Manager. In her 16 years as an RVT, she has worked in general practice, research, emergency medicine, and agriculture, but her passion has always been emergency medicine. Kristna experienced firsthand how difficult it can be to find a blood donor for a critical patient in imminent need of a life-saving transfusion. This experience allowed her to realize how important it is to have ready access to high-quality blood products when the need arises. Kristina joined CABB so she could help ensure canine blood products are available where and when dogs need them. Outside the animal world, Kristina’s extended family is very passionate about human blood and organ donation. To show their support and raise awareness for this need, they organized a charity run in Regina, Saskatchewan called the Transplant Trot. 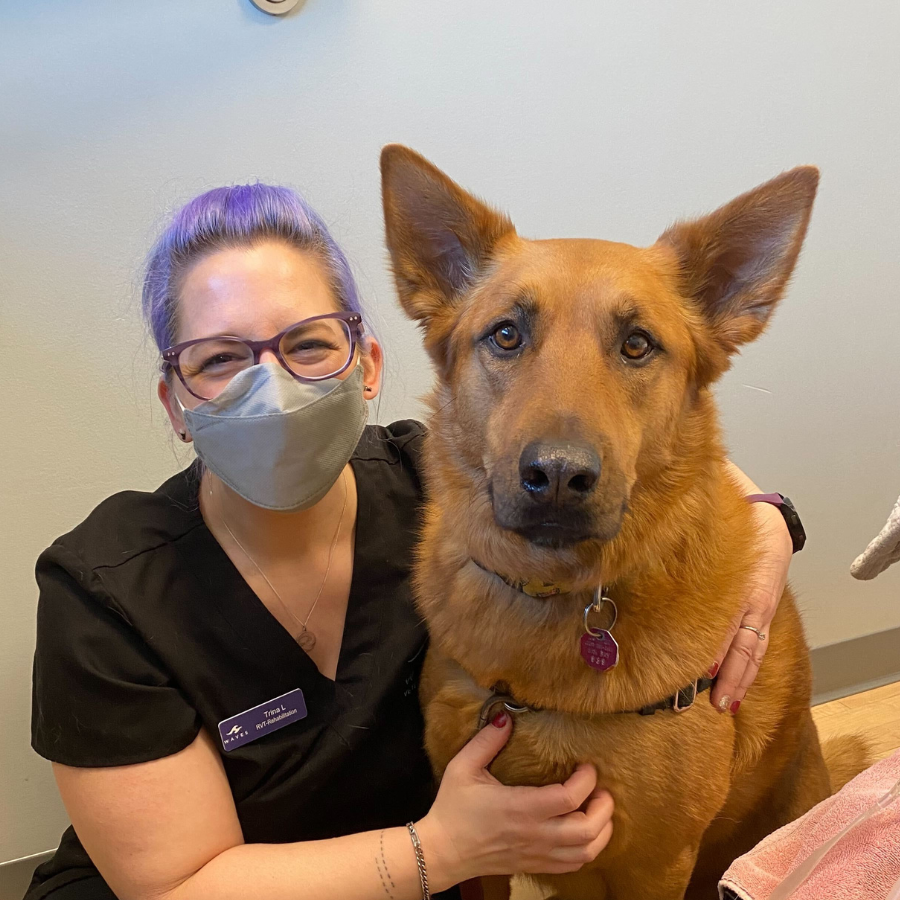 Trina joined the Canadian Animal Blood Bank in 2022 as the Regional Unit Manager in Victoria. She has worked in general practice, emergency medicine, and specialty surgery, and is currently in the Rehabilitation Department at WAVES Veterinary Hospital. Working with the emergency team, Trina realizes just how important blood products are to our canine patients. The ability to transfuse a patient immediately with blood on hand can be a life-or-death situation. This is why she joined the CABB, to ensure our Vancouver Island patients have access to blood products when necessary. 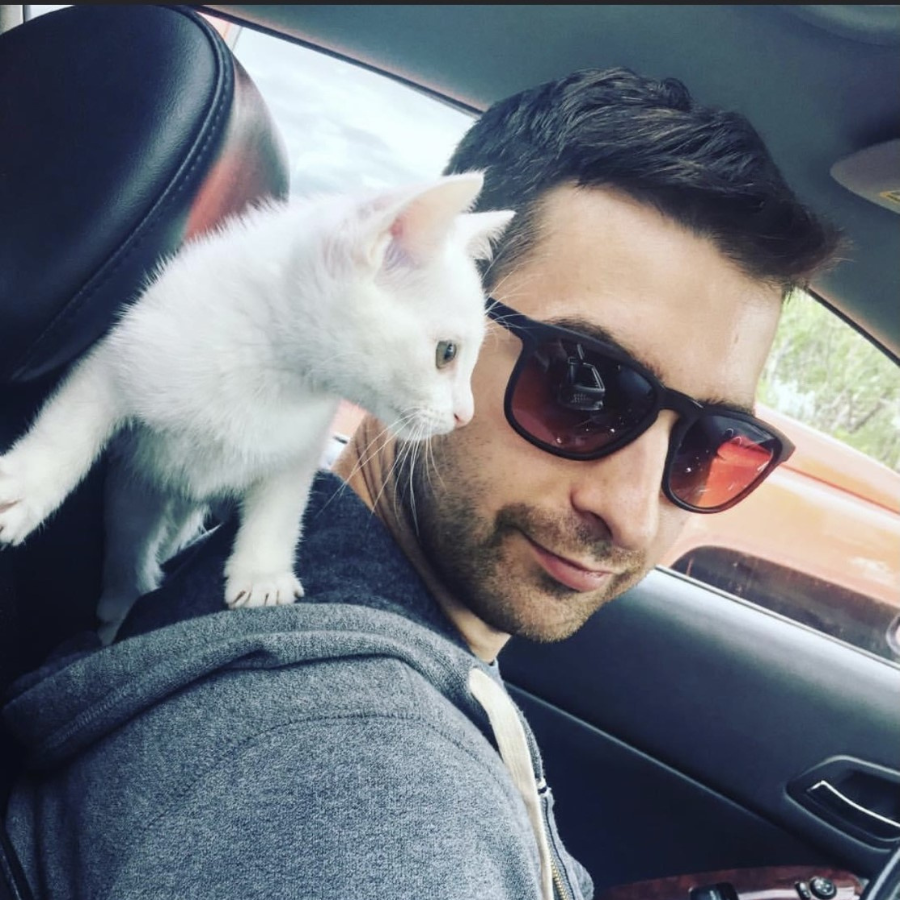 Michael joined the Canadian Animal Blood Bank in 2016 and is the Central Operations Manager. He started his career as an RVT in 2011 and has gained much experience in general practice. After joining the CABB, he has had a chance to further develop his skills and learn new ones along the way. He enjoys interacting with our many clients, and animal caregivers, as well as bonding with our furry donors. Michael handles much of the day-to-day operations of CABB. In his free time, he enjoys spending time with his family, two cats, and retired CABB donor Meiko. 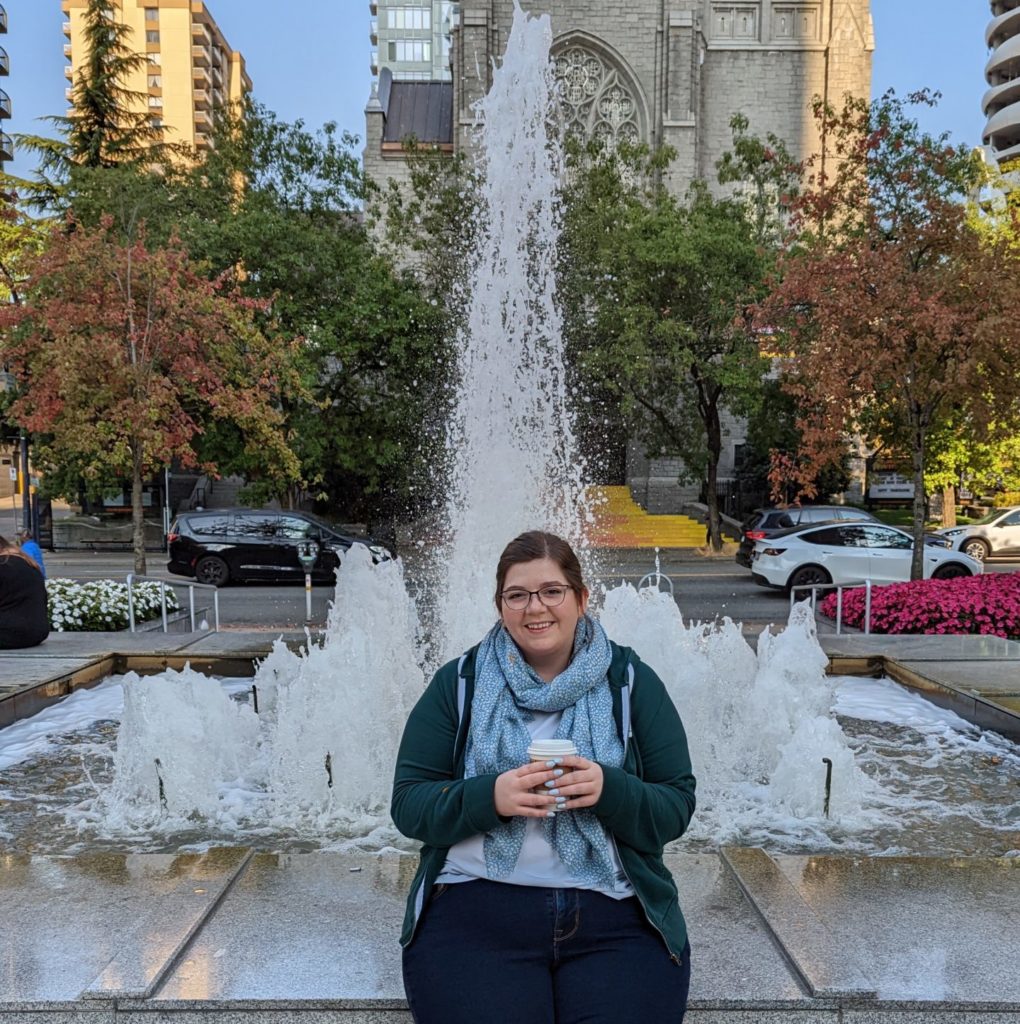 Sarah joined the Canadian Animal Blood Bank in 2020 as the Office Manager in Winnipeg, Manitoba. Sarah has over 8 years of experience in the administrative field and is excited to be a part of an organization that aims at providing excellent quality and service to our clients and canine companions. Growing up in the small town of Minnedosa, Sarah has always had pets of all shapes and sizes. She knows first-hand the impact they can have on our hearts and lives. 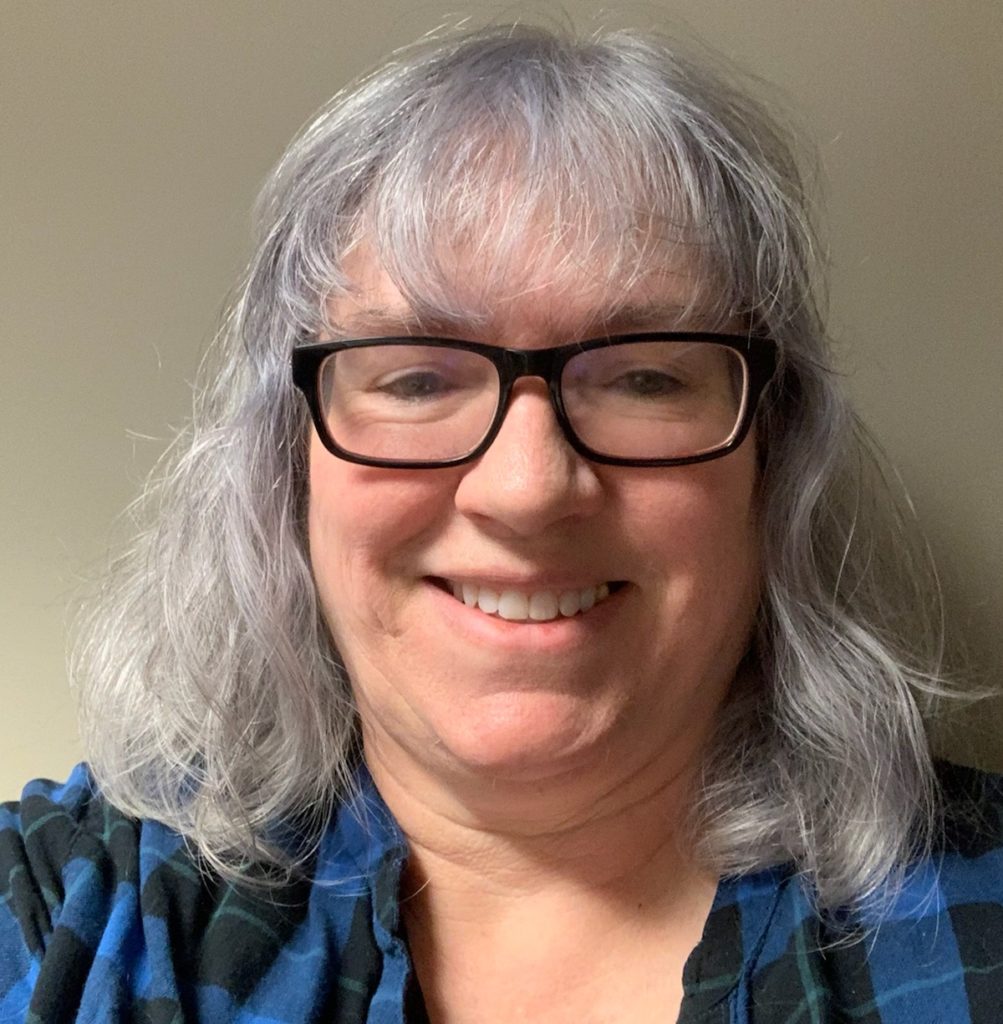 Beth’s last and present pet dogs are donors, and she appreciates both the commitment and loyalty of our donor companions in participating in this unique and altruistic activity. Her 25+ years in human transfusion medicine could not prepare her for the wonderful industry that is veterinary transfusion medicine. 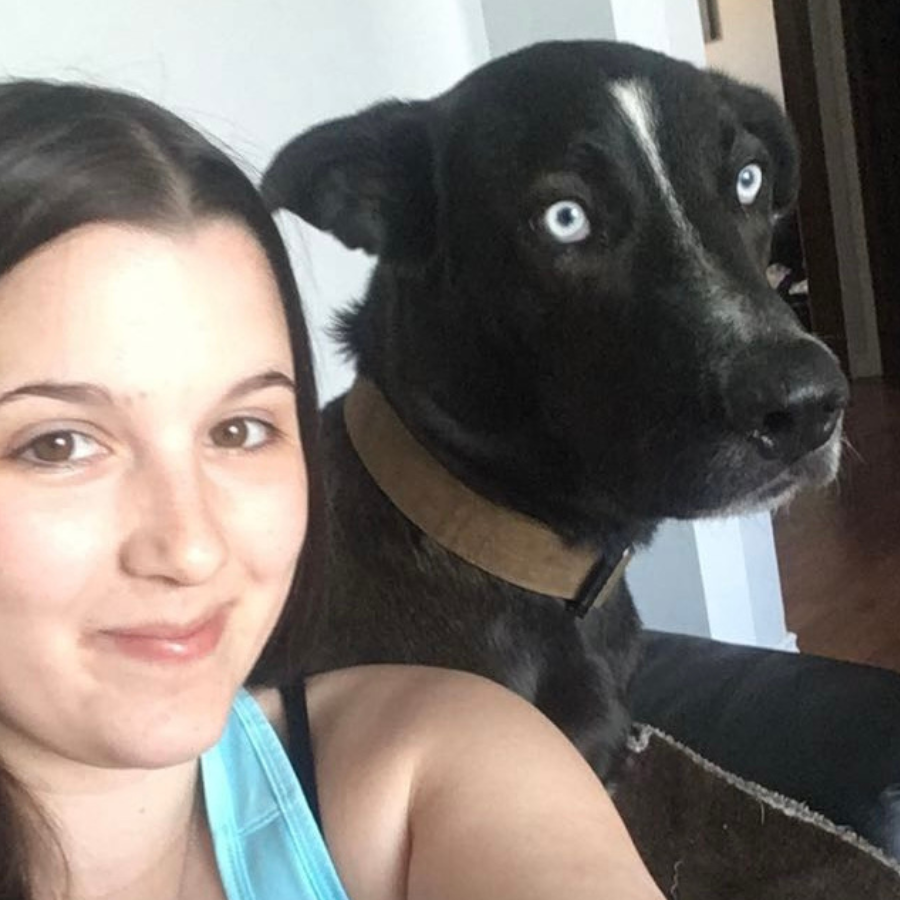 Paige Orser joined the Canadian Animal Blood Bank in 2021 as the Regional Unit Manager for the Brandon area. She attended school at Lakeland College to pursue her dreams of becoming an RVT. After moving to Brandon, Paige discovered the Canadian Animal Blood Bank through her veterinary clinic. She most enjoys working together with animal caregivers and donors to help save lives nationally. Paige’s fur family currently includes her two rescue dogs and two cats who run the household. 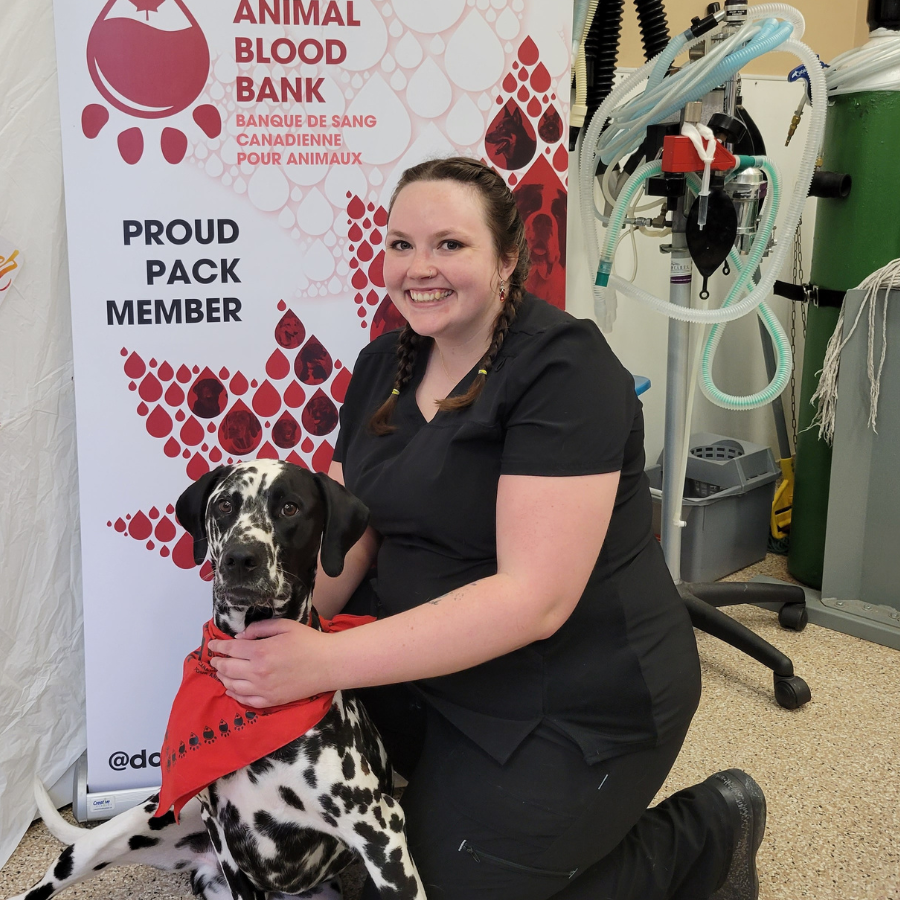 Chelsea joined the Canadian Animal Blood Bank in 2022 as the Ottawa Regional Unit Manager. She has worked in general practice, emergency medicine, and specialty neurology since graduating in 2016. This experience has opened her eyes to the enormous need for high-quality blood products in the veterinary community, and the difference they make in the lives of the patients they support. She joined CABB to increase community awareness about the important work our organization does and to ensure high-quality canine blood products are available when needed locally, and across Canada. 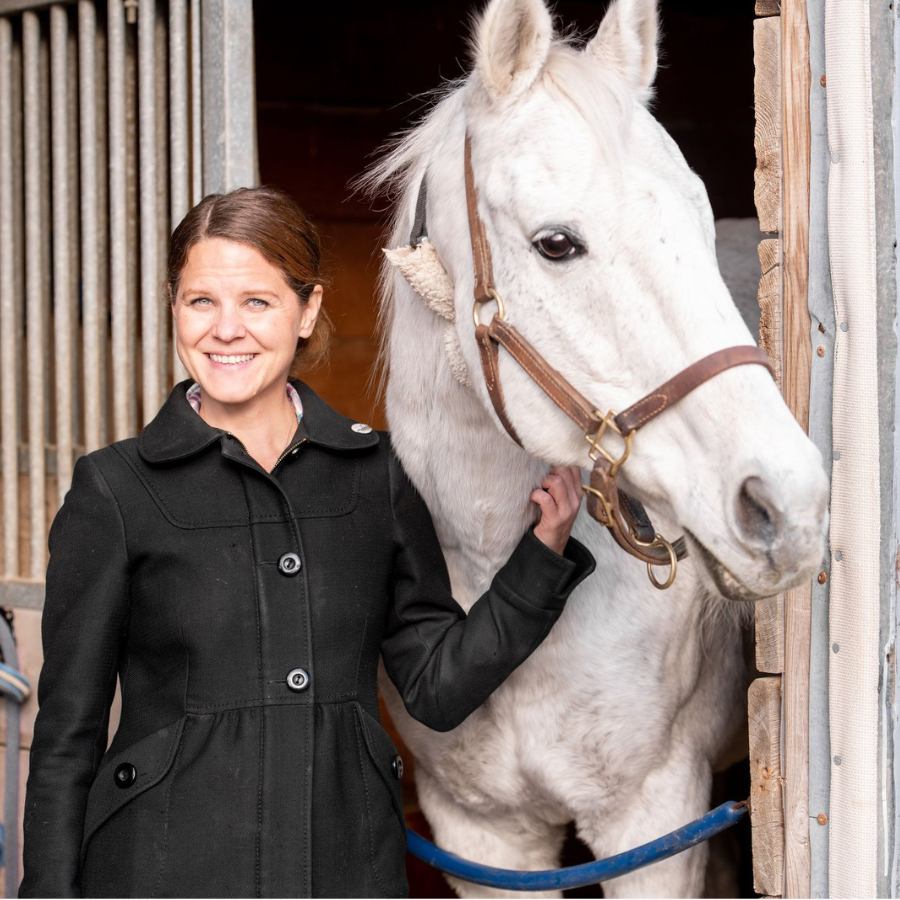 Lesley joined the Canadian Animal Blood Bank in 2020 as the Regional Unit Manager of Niagara and the surrounding area. She has worked in large animal, general practice, and both small animal emergency and ICU. Lesley has witnessed firsthand how dire the need for canine blood products can be. This need is what started her journey with CABB and grew her passion for spreading the word about canine blood donation. Lesley has used television and radio to help spread the word about the CABB blood donor program. When she is not advocating for CABB, she is also a volunteer for Canadian Blood Services. 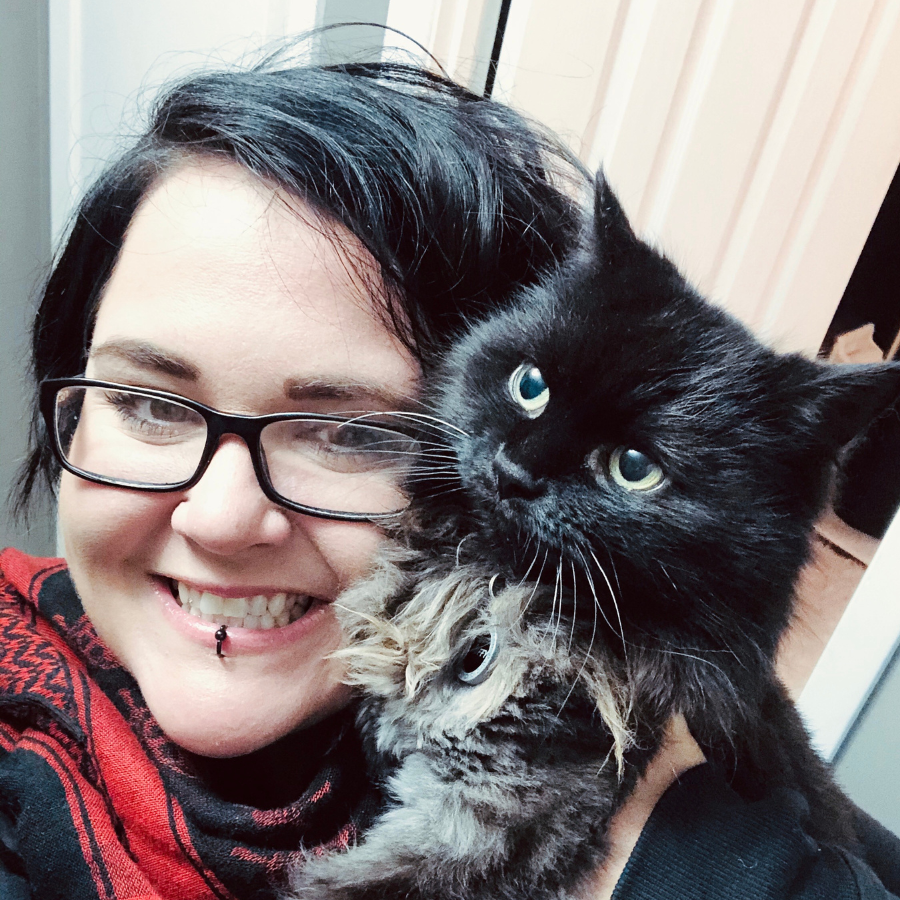 Samantha joined the Canadian Animal Blood Bank in 2020 as the Regional Unit Manager in Whitby and surrounding areas. She has worked in many areas of veterinary medicine including general practice, specialty medicine, and animal nutrition, as well as a college instructor. Currently, Samantha is working in emergency medicine. Working with emergencies and critical patients has shown her how important canine blood banking is; it allows us to transfuse critically ill patients immediately. Sam first joined the CABB as a volunteer and is very excited to be part of this incredible life-saving team and to spread awareness of how important our canine pack members are.

Just like humans, dogs need blood too! Each day, ill and injured animals rely on transfusion therapy to support a variety of conditions, from cancer therapy support to surgery and times of trauma. A recent survey by Vet Record shows that 70% of animal caregivers weren’t aware that dogs and cats can donate blood. Let’s change the facts!

Our paw-some ambassadors help us to spread the word about pet blood donation. We hope that future surveys will one day show that 100% of animal caregivers will know that their pets can save lives by giving blood.

Ace Burpee is well known for his extensive charity work and as the host of the Ace Burpee Show on Virgin Radio 103.1.

John Rush is well known for his position as a former Canadian Football Fullback for the Winnipeg Blue Bombers, his support of charitable organizations, and as a rescue dog dad.

Are you passionate about saving dogs’ lives? Discover the many ways you can volunteer and help us make a difference in your community. 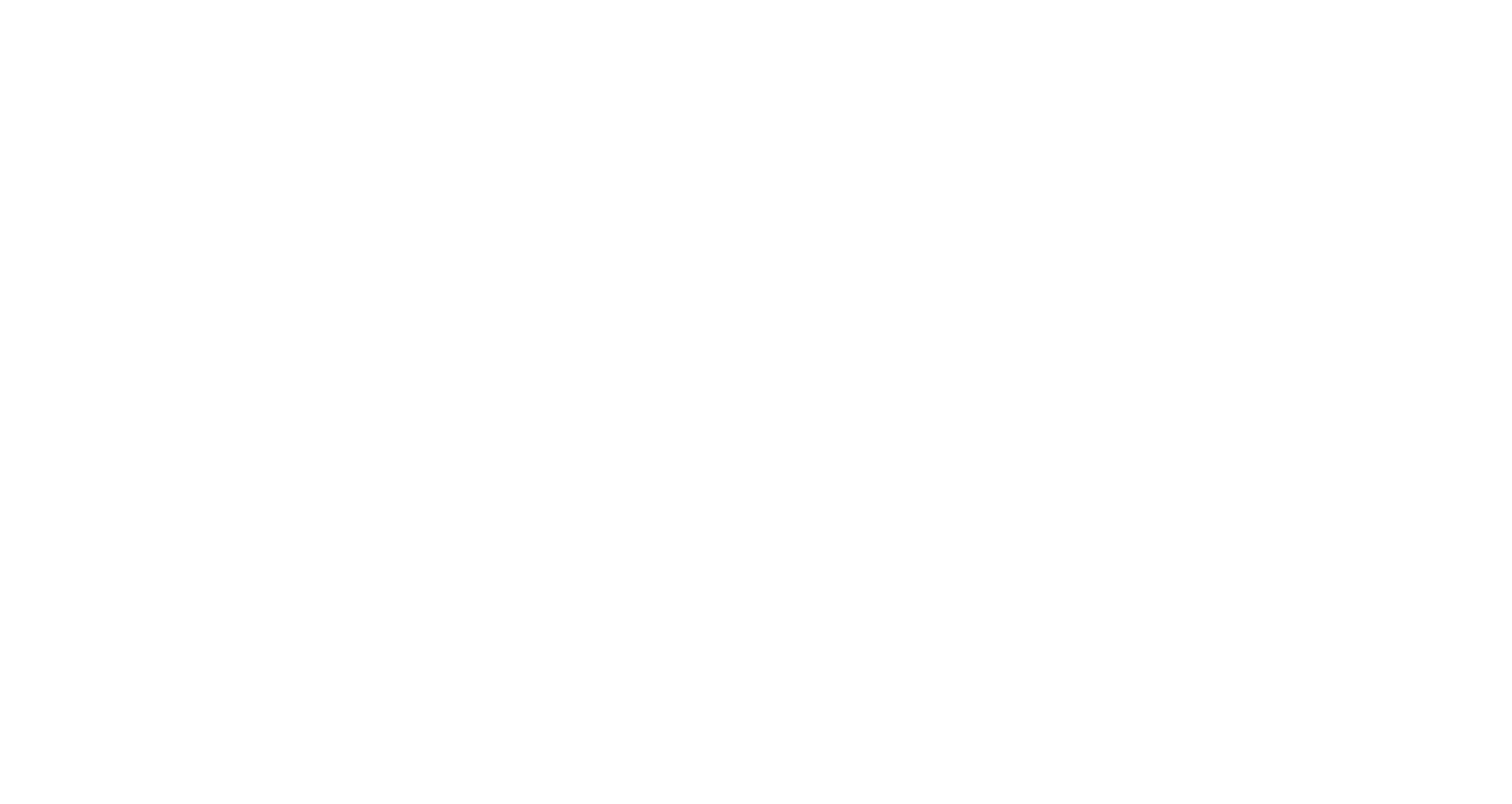